About the Cyclists' Union of Amsterdam 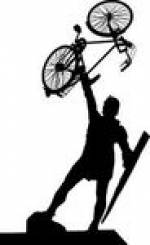 On this page you'll find some introductory information about who we are and what we do.
If you would like to know more, please contact us:
Phone: 020-6854794
Email: Amsterdam@Fietsersbond.nl

Who we are, what we do, and how we do it

Nationwide
The Cyclists' Union is a national, non-governmental organization that protects and promotes the interests of cyclists all over the country. Cyclists are encouraged to become members of the Union, so that the Union can grow bigger and increase cyclist safety and improve cyclist comfort. Currently there are 35,000 members nationwide. In major cities, local branches take care of the things we do. 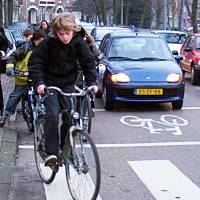 ]Amsterdam Branch
Amsterdam has the largest local branch, with more than 4,000 members. Some of these members are actively engaged in protecting the interests of the cyclists, both now and in the future. They do this by participating on traffic committees deployed by local government, by researching notoriously dangerous intersections in the city, by producing our local magazine OEK, or by doing other useful things.


Professionals
At our local office two fulltime employees are the technical backbone of our department, our local back-office. These professionals engage in contacting politicians and civil servants of various governmental organisations, mostly about technical traffic issues. Due to our involvement many cycle-lanes have been built, traffic lights installed and, on the whole, the conditions for cyclists have considerably been improved.

Facts of Cycling in Amsterdam

More than 70% of the local population of 12 years and older has a bike and is using it. Upwardly mobile, working Amsterdammers, age 30 to 45 years, use their bikes most frequently. Women use their bikes more than men. The fact that people own a car does not mean that they won't use a bike. 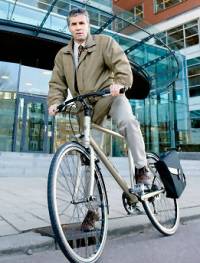 In the city centre, the bike is the most used mode of transport. Research has shown that in this area the bike is a more efficient means of transportation than the car. The number of movements by bike has increased since 1986.

The core of the policy of the city council is to ensure the coherent implementation of measures to improve the infrastructure and increase road safety, thus encouraging the use of the bicycle. The Cyclists' Union is stimulating and supporting this policy in every way it sees fit. A potential growing market is the immigrant population of Amsterdam, now 45% of the total population. Especially young people and women need to be encouraged to cycle more often (instead of speeding on pollution-emitting scooters in bike lanes).

On some streets and at some intersections, the increase of cycling creates problems during rush hour. Bike parking near train stations and in popular places in the city centre remains a problem. The Cyclists' Union encourages the city council to take the necessary measures to address these situations.

Facts and survey (in Dutch):

Bicycle excursions for professionals in Amsterdam

More information about our bicycle excursions for professionals in Amsterdam, about cycling infrastructure, cycling policy, cycling history and future: